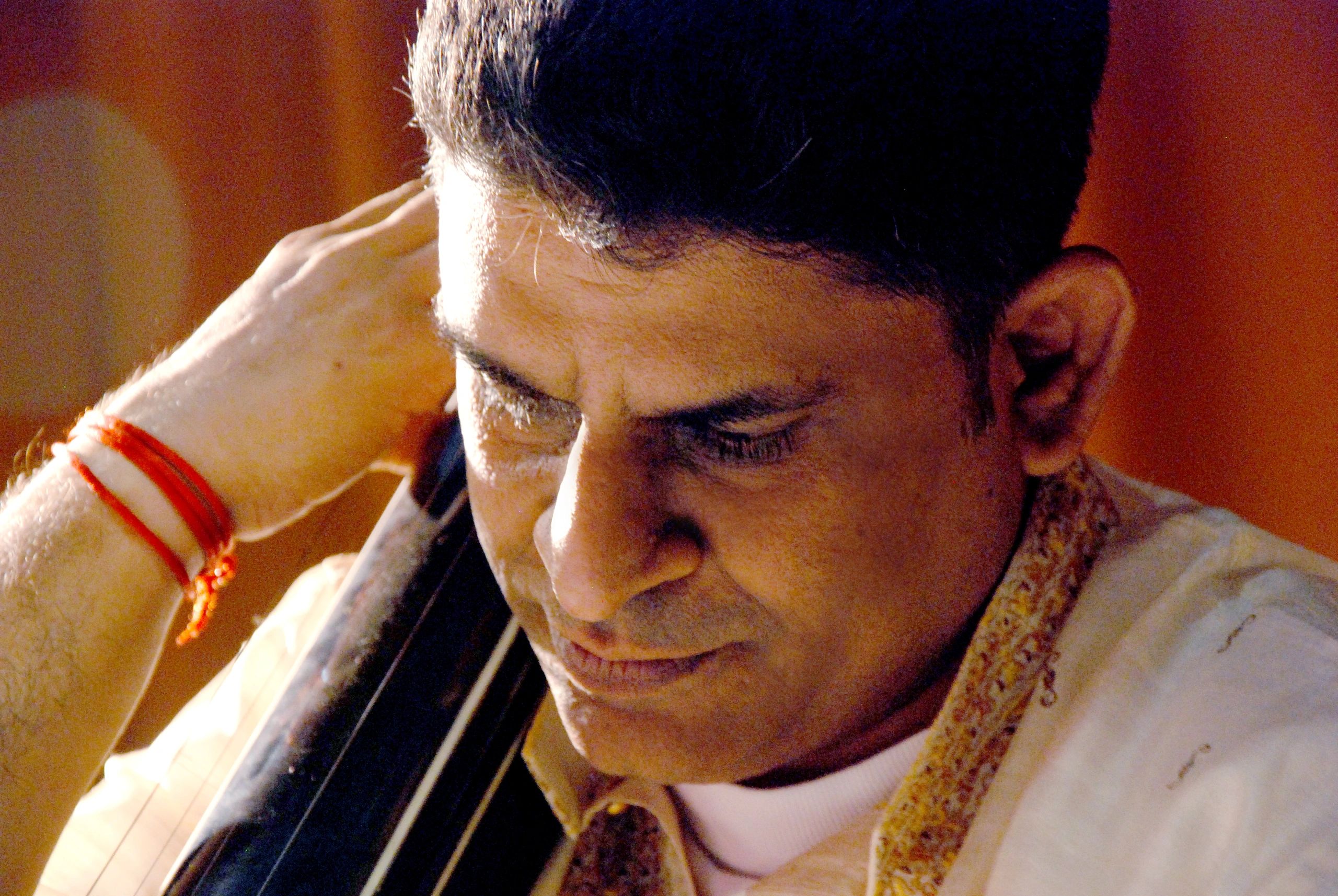 Get to know me

Indian classical music is a supreme art form, highly acclaimed for its esthetic quality, intricate technique, and sublimity. As an accomplished successor to this musical heritage, Sanjoy Banerjee has stepped masterfully into this field and with his sonorous voice has enthralled audiences at home and abroad. Born in a musical family, Sanjoy started showing signs of exceptional talent from a very tender age. He was initiated into music by his aunt, Smt. Basanti Chatterjee. For advanced training he went to Pandit Narayan Rao Joshi, of the Kirana Gharana lineage and style. Sanjoy was a favorite disciple until his guru’s death.   In 1989, Sanjoy began studies with Late Pandit A. Kanan, a stalwart of the Kirana Gharana, to learn the intricacies of Indian Classical music. In 1995, he joined the prestigious ITC Sangeet Research Academy to study in the Guru Shisya Parampara method. He began his taleem (training) with Late Pandit Kanan, and later studied as a scholar with Late Sangeet Vidushi Malabika Kanan, who saw the young musician’s potential and acknowledged Sanjoy as the “worthy successor” of her musical heritage. Today, Sanjoy is a busy artist, performing in India, Bangladesh, the UK, Germany, Canada, and the US as one of the leading young musicians of Kirana Gharana. Sanjoy is also a regular artist of All India Radio and Doordarshan (TV). Sanjoy is also a successful teacher, with students in India, Bangladesh, Germany, the UK and the US. He is much sought after as a composer and music director. His Indian Festival Group worked in several projects in India and the UK. Sanjoy was a senior guru at the American Academy of Indian Classical Music in New York. At present, he is a guru at his own institution, Kolkata Suromurchhana in Kolkata and guru at Chhandayan center of Indian Music in New York City.

Sanjoy is one of the leading young vocalist of Kirana Gharana and as such he has extensively toured countries like Bangladesh, UK, Germany, Canada, USA apart from his concerts in India.

Drop us a line!

Sanjoy is a very successful teacher having students in countries like Bangladesh, UK and USA apart from his students in India.He has the most scientific, methodical, approach of teaching and his ability to explain the intricacies of Indian Classical Music helps a student to blossom under his guidance. His students bears the testimony of his success as teacher. For Classes or any other information mail at : learnfromsanjoy@gmail.com or India cell: (+91) 98313-98466, U.S Cell:(+1) 347 244-5090

Sign up to hear from us about new and exciting events!!!